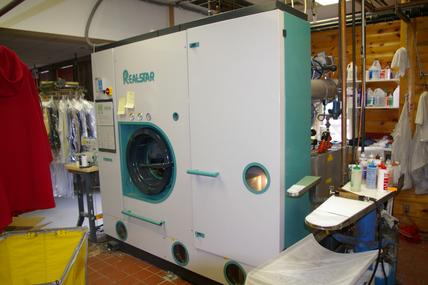 Rick Davis was born in Corning, New York and raised in Addison, New York. He graduated from Addison Central School and attended Corning Community College. He and the former Patricia Rouse were married in Addison in August of 1967. Rick enlisted in the United States Air Force (USAF) in 1967 and was honorably discharged in 1969 after his father suffered a heart attack. Rick returned home to run the family business, Davis Department Store, in Addison until it closed in 1983. After a couple of years working for other people, Rick decided to get back into business for himself in October of 1987 when he started Crystal Cleaners. Rick is President/CEO.

Patricia Davis was born in the Waverly, New York/Sayre, Pennsylvania area. She moved to Addison, New York with her mother and grandmother at an early age. She graduated from Addison Central School and married Rick Davis in August of 1967. She and Rick have been both married and business partners since the beginning of their marriage. Pat and Rick have three grown children (twin boys and a girl) and six grandchildren. As Vice-President/Secretary Treasurer for Crystal Cleaners, Pat is responsible for the financial books for the company.

At Crystal Cleaners, we care about our environment. That's why we only use state-of-the-art dry cleaning equipment, and eco-friendly petroleum based solvent.

We also offer more environmentally friendly reusable garment bags to our customers for purchase that have proven to be a great alternative to traditional plastic non-reusable bags!

Darlene joined Crystal Cleaners in 1998. She previously worked for Loohns Cleaners and she has worked in the dry cleaning business for 23 years, making her quite the expert in her field!  She and her husband Bob live in Addison. Darlene is very experienced and is a true professional at what she does. Her experience and professionalism make Darlene one of our most valued and treasured employees.

Cindy joined Crystal Cleaners part time in July of 2011, while balancing another career in the educational system. A time later, she decided to pursue a full time career with us. Since then she has learned every facet of our facility, and gained a wealth of experience. Today, she is one of our most helpful, reliable and knowledgeable staff members.

all About Crystal Cleaners

Crystal Cleaners' customers are PEOPLE who appreciate quality cleaning at competitive prices. Our customers know that our commitment to total customer satisfaction is not an idle promotional slogan...but a PROMISE!

We strive each and every day to fulfill the Crystal Cleaners slogan..."Simply the best!" 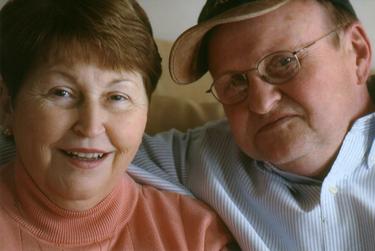 Lifelong Southern Tier residents, Rick and Pat Davis opened the doors of Crystal Cleaners to the public on October 9, 1987 in the newly constructed House of Shops plaza in Gang Mills across South Hamilton Street from the now Dandy Mini Mart.
As business expanded, so did Crystal Cleaners when Rick and Pat, in October 1994, acquired the former One Hour Technicleaners on West Pulteney Street in Corning. After extensive renovation and modernization, the growth of its new location increased tremendously. From 1994 until 2000 business volume in the West Pulteney Street location increased five times from the previous owners. In 1996, home and office pick-up and delivery was added making it Crystal Cleaners' largest growth area! In March of 2007, Crystal Cleaners consolidated operations to its current location at 508 East High Street, Painted Post (in the Village of Riverside.)

Crystal Cleaners is here to serve ALL of its customers, so their experiences are pleasant and the service they receive are nothing short of the highest degree of excellence.

Annie joined the company in October 2000. Annie is highly trained and very dedicated to making sure that her customers' experiences at Crystal Cleaners are pleasant ones. She has a wealth of knowledge of our business and can handle any situation that comes up. Her lively personality really enhances the workplace environment as well. Annie is a treasure without measure.

All employees at Crystal Cleaners are given the same speech on their first day of employment with us. In essence the speech emphasizes that the employees do not work for Rick and Pat Davis - THEY WORK FOR THE CUSTOMER! The customer pays them, feeds them, clothes them, and helps buy everything they purchase. With that being said, it is the obligation of every Crystal Cleaners employee to do everything possible to make sure every customer's experience is pleasant and that our service is nothing short of the highest degree of excellence.